I’d drove past the sign for Magnesia ancient city ruins many times. Hardly talked about or featured in guidebooks, I figured there was not much to see, yet curiosity still made me want to visit. So last month, our hobby photography group piled into the cars and made our way there.

Sitting in the Aydin region of Aegean Turkey, it was just an hour’s drive away from my home, and when we arrived, only one other group was there. Magnesia city ruins could possibly win the crown as one of the most deserted ancient sites in the country.

The entrance fee was 5 lira but I was quite chuffed to use my Muze card that I had purchased while in Cappadocia. With a year’s expiration date and costing just 40 lira, I can use it at any museum or ancient site ruins in Turkey, and for someone who enjoys history; I have saved quite a bit of money.

The guard advised us to visit the theatre first so we followed the path past a ruined mosque, fenced off Roman houses and headed uphill. I soon realised that these ruins were vastly different from others such as Ephesus because it’s city landmarks are spread out over 1.5 kilometres.

Excavation is still relatively in the early days, and a good pair of walking shoes is definitely needed.

It was unusual to pass a stone house with the washing hanging out because I assumed the ancient ruins boundaries were all fenced off but I later learned after taking the wrong turn, they’re not and it is easy to get lost if you don’t follow the map and signs! In the distance, hills filled with olive trees provided the house with a surreal view perhaps explaining why the occupants stayed in a crumbling home in the middle of nowhere. 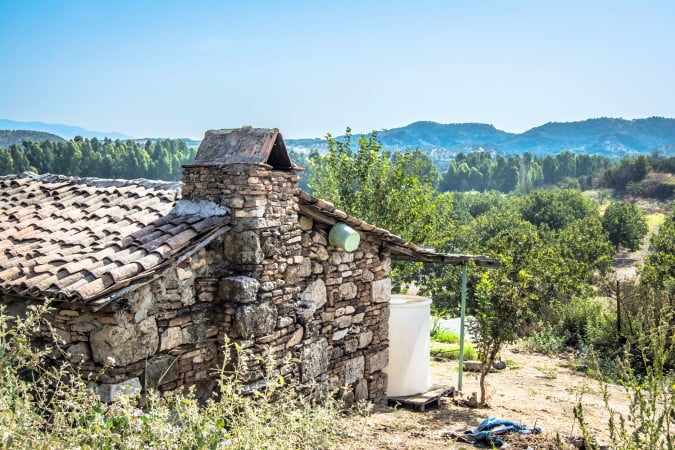 Arriving at the theatre, seating 4,700 people, the excavated ruins were not impressive. I’ve seen bigger and better examples in other parts of Turkey, so we walked back down the path to the sign that said gymnasium.  Again, I tried to imagine its history, as a mecca for sweaty, testosterone driven soldiers but the stark appearance of two crumbling stone walls in the middle of nowhere, lent nothing to the imagination.

Arriving at the Stadium of Magnesia

After walking 20 minutes in the wrong direction, our friend called us back to say the next site to see was the stadium. By now, the midday heat was glaring down on us, and sweat was trickling down my scalp. The thought of another uphill climb was daunting, and some of the group decided to rest in an abandoned house sitting by the path.

Knowing that I was unlikely to come back again, I continued up the hill. From what I had already seen of the ancient Magnesia city ruins, I was extremely unimpressed and prayed that the stadium was at least worth seeing and it was within a short distance.

Then turning left after a large mound of dirt, a huge stadium nestled into the hillside stopped me in my tracks. It was a jaw dropping moment. Even though excavations on the stadium haven’t finished, no imagination was needed to understand the glorious past of this manmade structure. It was like standing in a film set for Ben Hur.

In my mind, I could see the horses running the track and pulling the chariots behind them. I could hear the roar of the crowd that would have surrounded the stadium on all four sides. How in the hell was this magnificent structure sitting just an hour away from my home not more widely publicized?

Researching it later, Internet articles said the 40,000 seater marble stadium that was bigger than the famous theatre at Ephesus, was only discovered in 2012, after being completely submerged underground for thousands of years.

Experts say it is one of the best-preserved ancient structures in the world.

With additional funding, they hope to uncover more of the stadium so its appearance should become even better.

I continued walking around the ancient city ruins of Magnesia to see the Roman market basilica and agora, but they couldn’t surpass the spectacular image that I had of the stadium. Walking around Magnesia at the beginning, I thought that I would only visit it once in my lifetime, but now I’m looking forward to the future, and after ongoing excavations, possibly in 10 years’ time, I would love to see that stadium again. 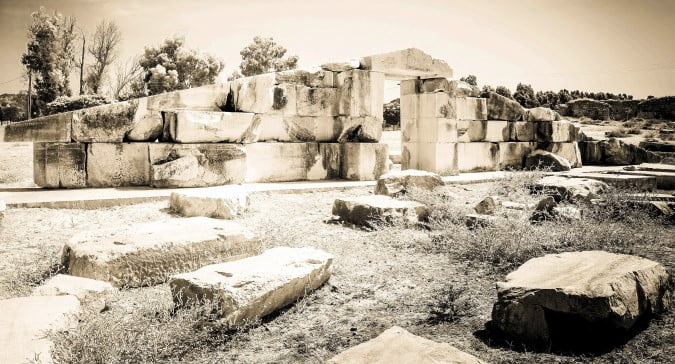