When I married my Turkish Romeo, I never knew that I had gained automatic entry to the Elite Club of Turkish Housewives.  This is a group of women who have the task of multi-skilling borne into them from birth. No problem is unsolvable and no task is too big. The pure existence and happiness of their families is all down to the Elite Turkish housewives who steer the ship through troubled times and provide a shoulder to cry on during the hard times.

These women have a marvelous ability to give birth to numerous children all in succession, while cooking three meals a day, working seven days a week and keeping the house so intensively clean that you could eat your dinner off the floor. They still also knit jumpers from scratch, grow their own fruit & veg and manage the household budget on a scale that puts my spending to shame.

My new husband and I were both riding high on the addiction of love when we got married. Neither of us had discussed the culture differences however I had married into a Turkish family of which the mother-in-law, both sisters-in-law and numerous aunties had all got founder  membership to the Elite club of Turkish housewives.

The first indication that I was not performing my role as an Elite Turkish Housewife was when the family came to stay for a holiday and bought cleaning products with them. After a long day at work, I walked back into the house to find gleaming clean windows, shiny laminate flooring, organized wardrobes and I could see my face in the bathroom taps. Far from experiencing an invasion of privacy, this was a welcome relief as cleaning was not exactly at the top of my list of priorities in life.

My Membership Was Going to be Terminated

Turkish people are not very adventurous in exploring the cuisines of other cultures. One of the first meals that I served my husband was an ambitious  French recipe of King Prawns in garlic and butter sauce. The recipe book gave instructions to cook and serve the prawns in their shells and place a finger bowl on the table.

My husband’s friend had also arrived at our house and the two of them sat there ready with their forks placed vertically upright, while I placed my culinary delight in front of them. The look on their faces was the equivalent as if I had served two good hard-working Muslim boys, a plate of pork chops.

Needless to say, on my next visit to see the mother-in-law, I was dragged into the kitchen and shown how to make a variety of Turkish dishes that I didn’t even know the name of. The only thought running through my head was that my mother-in-law was talking to a girl who thought the best chef was the cook at her local take away shop. 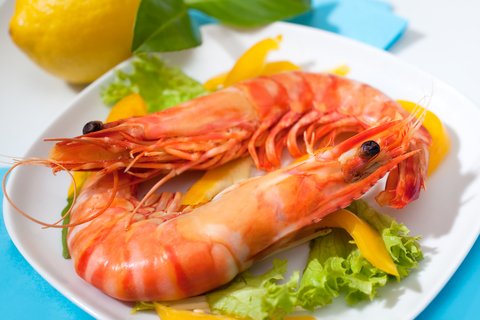 I Didn’t Know My Membership Had Been Terminated

One morning, I sat on the balcony with my first cup of coffee for the day. I started reflecting over the last four years of marriage and realized that I was not an Elite Turkish housewife. The standards were too high and I would never be able to compete.

I was desperate to speak to hubby for re-assurance about my sudden realization of my poor housekeeping skills.  He simply looked at me and laughed. Apparently I was three and half years too late. My husband and his family had figured out that I was not the perfect Turkish housewife in our first six months of marriage.

So Life Goes On…

An overwhelming sense of calm washed over me as I had no longer had to keep up the pretence that I was interested in domestication. Over the four years of marriage, I had coined a new meaning to the phrase of being non-domesticated and everyone had realized it apart from me.

My Turkish family had long accepted the faults of this random English stranger that had abruptly entered their lives. I was the only one who had spent years trying to make out that she was domesticated when in truth, reality was the complete opposite.

So now, I continue on my path trying to adapt to a life that has absorbed two different cultures. At the same time, I accept that I will never be a good English or Turkish housewife. It is just not in my heart to be domesticated. Perhaps I could start my own club called the Elite club of non-domesticated Turkish/English bloggers.