Kayakoy ghost village lies a short distance from the bustling and popular resorts of Fethiye and Olu Deniz. It is deserted, it is lifeless, the houses are crumbling and the streets are empty.

However, there is an aura and an overwhelming presence that hovers over the village. Some visitors might not sense it, but I did and it washed over me in waves.I truly believe that because I researched the history before going, I was able to appreciate my visit even more.

I was able to imagine the tragedy that caused the citizens to turn on their friends, abandon their homes, their dreams and everything they knew.

Kayakoy might be a ghost village but imagination and research certainly makes it come alive. 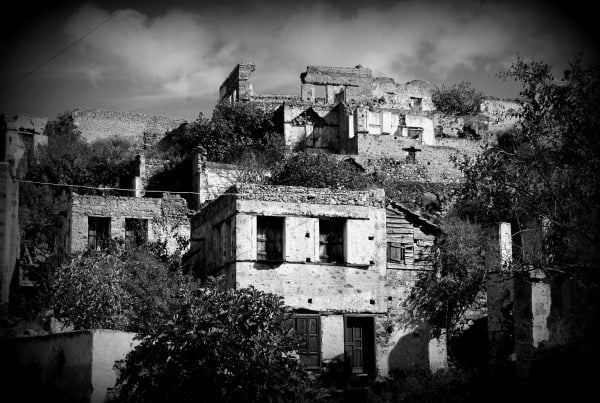 At the beginning of the 19th century, Kayakoy was in full flow. Schools, churches, shops and business operated in harmony. Life was good. The village was thriving as a community.

The twist and most important part of its history lie in the fact that within the village, Greeks and Turks lived side-by-side. The Greeks called the village Levissi while the Turks called it Kayakoy.

Outside their religions and schooling, the Greeks and Turks integrated with each other, sharing the same common goal and that was to get through life one day at a time.

The Ghost Village of Kayakoy and Birds without Wings

Understanding the past and daily life of this ghost village is important. One man put it into better words than I ever could. I strongly advise reading a book called “Birds Without wings” by Louis de Bernières, the same man who wrote Captain Corelli’s Mandolin.

Now, Louis has never said that the location of the book is Kayakoy however; I want to quote him in an interview by the Guardian newspaper.

‘I went to south-west Turkey and there’s a ghost town there. It used to be a mixed community, as described in the book more or less, and they obviously had a wonderful way of life, quite sophisticated. An earthquake finally destroyed the town in the Fifties, but it really started to die when the Christian population was deported. It was walking around that very special place that gave me the idea .The town, called Eskibahce in the book, will be recognizable to those who know Turkey, ‘but I’m not going to go round telling people’. 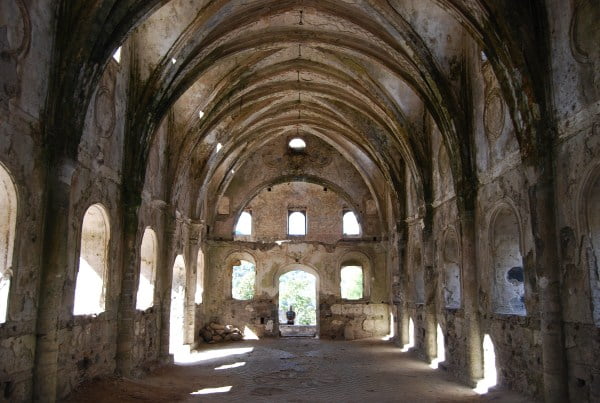 The loss of the First World War, the end of the Ottoman Empire and the attempted Greek occupation of the Anatolian region, all combined to force the decline of Kayakoy. Greek Christian citizens were forced to go to Fethiye harbour for deportation and Muslim Turks were expelled from Greece.

Most of the returning Turks did not want to settle in Kayakoy. Of the ones that were already there, well they left when the earthquake hit. The point is though, a combination of historical events forced people to leave their friends, neighbours, homes and uproot their children. Whole lives changed forever when the signing of the treaty for the Turkish Greek Population exchange, took place.

Nowadays, the ghost village is one of the biggest tourist attractions for Fethiye and the surrounding resorts. A few locals sell food and souvenirs to passing tourists and there are some occupied houses away from the main bunch of deserted properties on the hill. 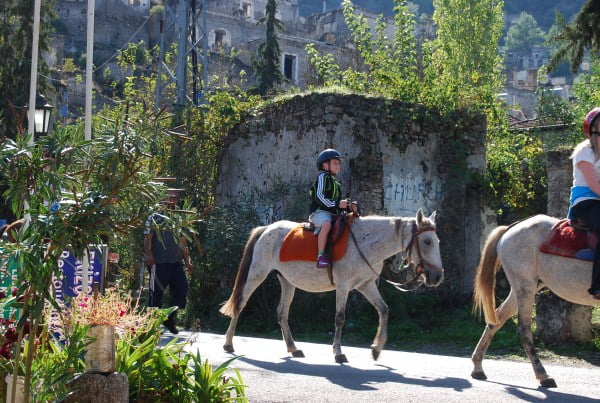 With an effort to move on from the past, UNESCO named Kayakoy a world friendship and peace village. Walking around the village is interesting but you will appreciate it more,  if you research the history beforehand.

Tours and Getting There

There are many tours operating from Olu Deniz and Fethiye but everyone I know,  who went on them complained of a lack of time and lack of historical knowledge by the guide. Instead, there are regular local buses from Fethiye that will get you there in ten minutes. 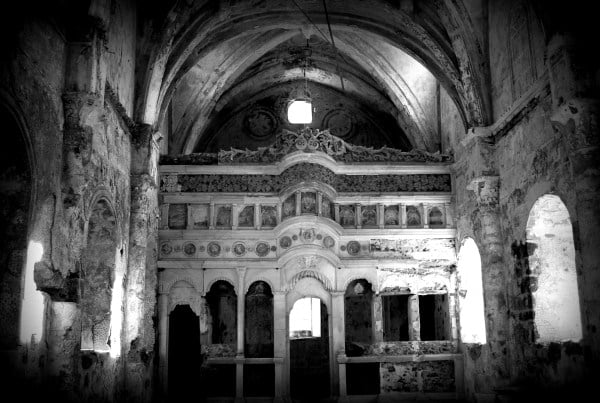 Delving into the history of Kayakoy and then walking around the deserted village was one of the best highlights of my southwest coast trip. To be able to stand there and imagine life for the Greek and Turks who lived side-by-side, it does make you realize that religion does not have to play a part in friendships.

Unfortunately, the citizens of Kayakoy were pawns in a big game fought by the higher authorities. War tore their village apart and the same mistake is still repeated today in many other countries and villages all over the world.

Readers Question : Have you been to Kayakoy? Did you enjoy it as much as I did?