I had always assumed the beehive houses of Harran were small and lacking in comfort but when I saw them, I realized I was wrong. The beehive domes are connected by arched passageways to form one big house around a courtyard.

Luxury is not a word to describe them, but they are not meant to be a poor man’s house either. Made from bricks and mud, they were also cleverly designed to be cool in summer and warm in winter. 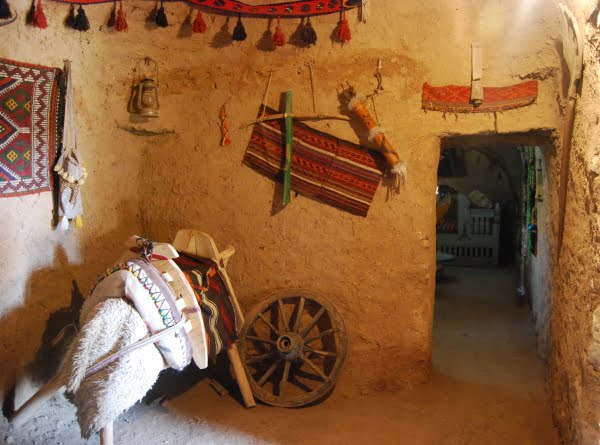 The prophet Ibraham is believed to have lived in Harran but it is unsure whether beehive domes or nomadic tents were used at that time.  Either way, this type of housing is not specific to Turkey. They have been found all over the world and some date from 2000BC.

The ones in Harran are estimated to be two hundred years old and of course with any major attraction, locals have a money making opportunity so they opened culture houses and I opted for a tour of one. 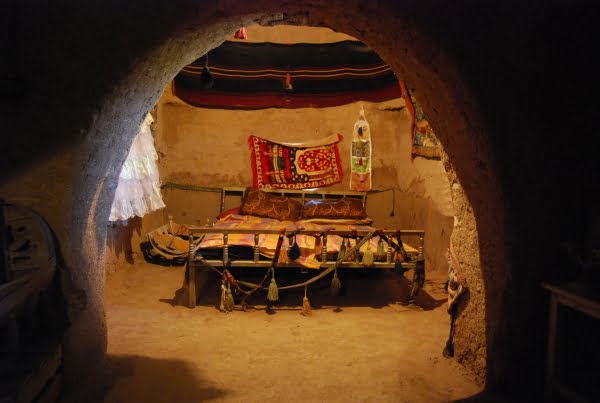 Each section of the beehive house had separate storage rooms for food, kitchens, a sitting area and bedrooms. The rooms of the culture house had also been filled with old items and utensils. 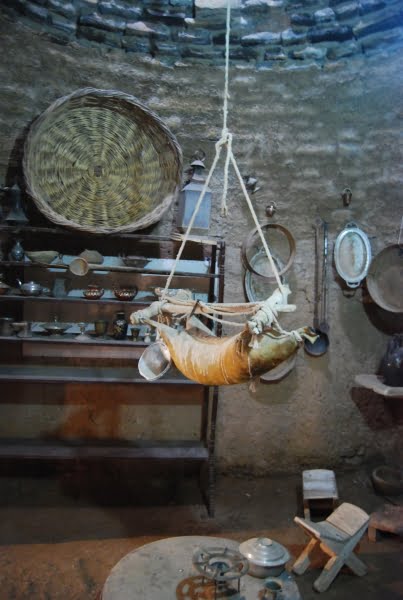 After the tour, I dressed up in local clothing and lounged out on floor cushions. Overall it was a typically touristic experience but current events nearby were always at the back of my mind. 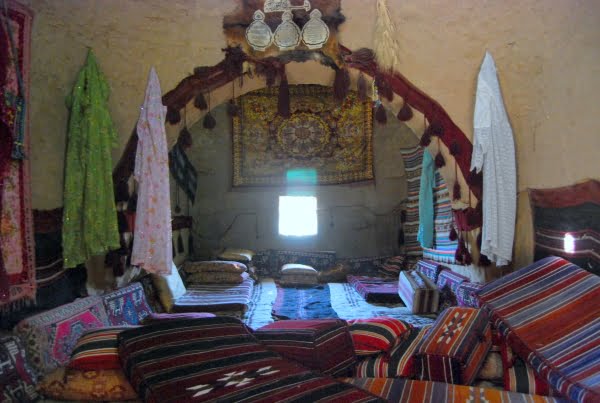 Where are the beehive houses of Harran?

They are in southeastern Turkey, near the large city of Urfa and the Turkish / Syrian border.  My idea to visit Harran disturbed many of my Turkish friends living on the Western coast. They told me not to go because the week before, locals from a nearby village called Akçakale had died when mortar bombs came from Syria into Turkey. 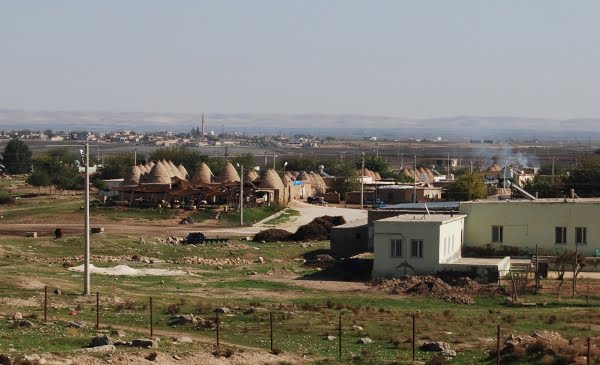 I still went though because Harran is not on the border; it is roughly about twenty minutes away. I assumed if there were any problems, roadside stop points would be enforced and the hotel receptionist also said it was safe.

So we drove twenty-four miles southeast towards the border, then turned left instead of continuing. Once we got to Harran, I couldn’t help but associate a few things with what was happening nearby.

On a small hill, army lads were putting up a big flag. The massive size of it made me wonder if Turkey was sending a message because surely anyone could see it from miles away. 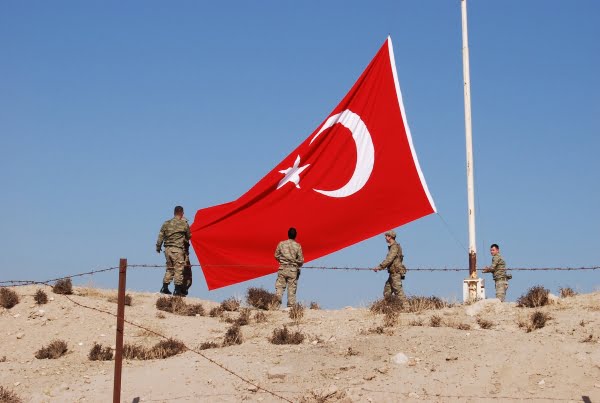 On one occasion, I also heard an extremely loud bang. I thought it might be a bomb but didn’t panic because my instinct told me it was far away. Nobody showed a reaction either so maybe it was paranoia on my part or locals are now used to it.

The circumstances surrounding my visit to Harran made it seem so surreal. I was being a typical tourist while just a short distance away, there was and still is a devastating civil war.

It is not until now as I write about my visit, that I think about the significance of that border. For me, it just defined a no-go area but for others, that border and what was happening on the other side was changing their lives whether they were Syrian or Turkish. 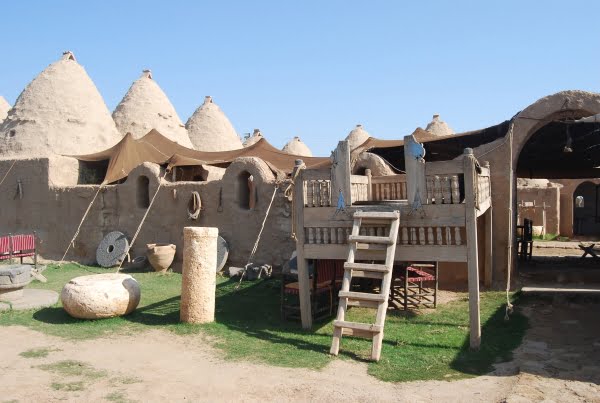 The locals of Harran were not happy because tourism had mainly dried up. Before the civil war in Syria, they used to get hundreds of visitors  weekly but now are lucky if  a few people arrive each day.

Nobody knew what tomorrow would bring and there was a sense of apprehension.  Everyone just wanted to get back to normality. When will that happen? Unfortunately they don’t know. 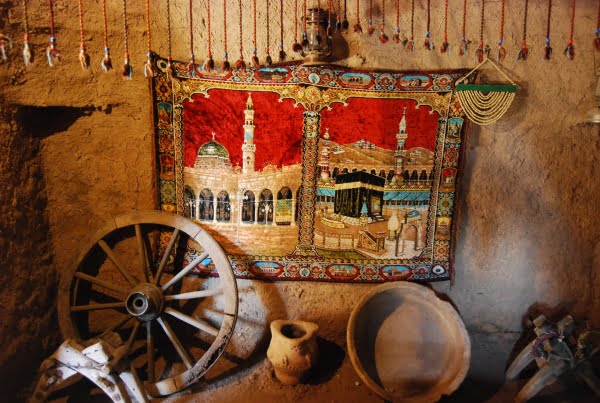 How to get to Harran Beehive Houses

Buses leave daily from Urfa city Centre but there is not a direct route. Instead, catch the Akçakale bus but get off at the left turn to Harran. From there, it is a very long walk but no one could give us details on connecting buses.

For this reason, we hired a car for the day and also went to Gobeklitepe in the afternoon. I recommend doing the same if you are not on a guided tour.

Readers Question: Could you live in a beehive house? 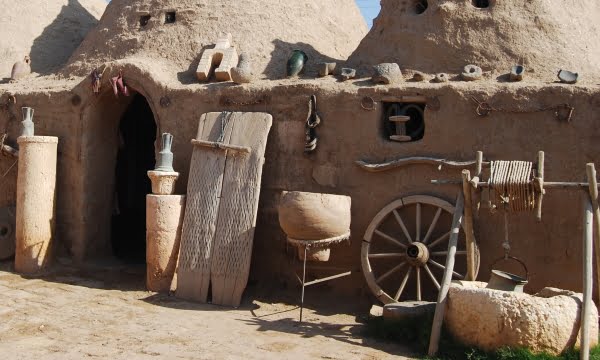