Every year, thousands of women rush to the beaches and swimming pools of Turkey. The first day is consumed with thoughts of getting a golden sun kissed tan. Towels are laid on sunbeds, the oil is rubbed into pearly white skin, then the bikini top comes off and they lie back to relax while the world passes them by.

Sunbathing without a bikini top is rarely discussed in public. Women who do not agree with it keep their thoughts to themselves for fear of being called a prude.  Women, who do agree with it, insist the world has moved on and it is just a pair of t****. Whichever camp you are sitting in, does not bother me however I firmly believe that women should not sunbathe without a bikini top when they come to Turkey.

Now, if you are a woman that does this, I am already hearing you cussing and screaming at me. It is your right to get a gorgeous tan without horrendous white strap marks making you commit the most outrageous fashion faux pas known to man.

I hear you girl, I used to do exactly the same thing. However in my nine years in Turkey, I have been fortunate enough to see life from the tourist’s points of view but even more so the local’s point of view. As a tourist in Turkey, you may assume that no one bats an eye lid when a woman sunbaths without a bikini top  but behind the scenes opinions are being formed of you and for two reasons, those opinions will not be that you have a fantastic sun tan. 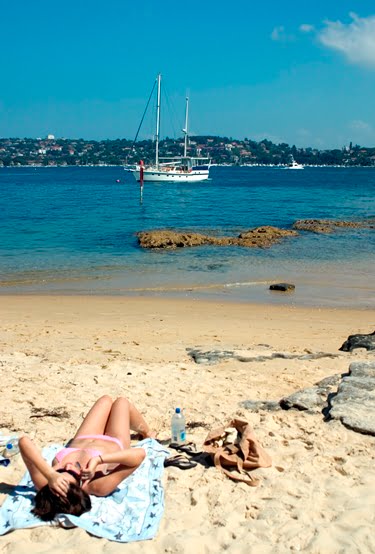 Typically taking your bikini top off is done in the tourist resorts that adorn the Aegean and Mediterranean coasts. Anyone could argue that these tourist resorts are man-made money making machines that are designed to keep holiday makers happy while they take your money.  They will cater for your every need and let you do what you want, even if it goes against their principals and upbringing.

However remember that Turkey is a Muslim country, and while that young fit Turkish man walking around in Nike shoes and singing like a rap star may seem modern and westernised, the thoughts going round in his head are the complete opposite. These young lads generally come from small villages where a girl showing her assets in public is likely to get her thrown out of the village or committed to mental health therapy for the rest of her life.

So imagine a young naïve lad, leaving his home village to find work in the coastal resorts. He finds a job in a hotel and on his first day, a women laying on a sun bed orders a coke.  He struggles to write down the word on his order pad, as  he cannot take his eyes off her assets. He is embarrassed and he is shy. This goes against every principle that he was bought up with.

Now this young lad will get used to it. By the end of the summer, he won’t even give a second glance.  What will not change though is his opinion that western women are easy. There is a meeting here of two different cultures that 99% of the time are so different and any attempt to justify  sunbathing without your upper half covered  will be meet with a brick wall.

Even the young naïve lad who is so used to it by the end of season, will tell you in private that no wife or sister of his will ever be seen in public showing off her assets.  The women that do that are easy and cannot complain when men hassle them. So, if you want to be respectful to local cultures, and if you don’t want to be thought of as an easy western woman, then the best advice I can give you is to forget sunbathing topless in Turkey.