Turkey is a huge country covering diverse terrains, with differing climates. Indeed, while snow settles in the mountains of the north-east, bikini-clad swimmers in the south-west gather en masse on the long sandy beaches. The historical timeline of Turkey is also colourful, and at times confusing, but each empire, dynasty, or ethnic group has left its mark, especially regarding food, and the daily delight of the palate.

Any first-time visitor to Turkey that assumes kebabs are an everyday feast has been gravely misinformed. Thousands of traditional dishes are sold countrywide, but some are associated with a specific region, which is well respected for production, excellent taste, and diversity from the standard recipes. Indeed, if food is your passion in life, a culinary tour of the country’s cuisine is highly recommended, although it will take many months to complete!

Anyone with knowledge of Greece will instantly spot huge similarities with the cuisine of Turkey, especially in the coastal resorts. Rather than argue who invented what, it is easier to agree that for many years, the communities lived side-by-side, sharing, and adapting their traditional recipes. The warm weather is also ideal for growing vegetables and fruit, hence if you need a healthy diet, you will certainly get it here.

One of my favourite places to eat is in Soke. Lining the main road running through the town, are many restaurants dedicated to one culinary item, çöp sis. Small pieces of meat are slowly grilled on a skewer, and served with onions, tomatoes, salads, and the traditional drink of Ayran. They are ideal if you are looking for a quick snack, although order dozens if you want a full meal.

Delicious plump olives are in abundance so are served with a traditional Turkish breakfast and made into oil, that is a highly respected cooking ingredient all over the world. Harvesting methods are still the same as those used by previous generations. (Read one expat’s experience of harvesting olives) If harvesting is not your idea of fun, head to Kusadasi and the Oleatrium museum, purely dedicated to history of the olive.

In addition, the ideal climate for vegetables means Mezes are a favoured dish. Traditionally served as appetizers, they are also eaten while sipping on a glass of the country’s alcoholic drink, Raki. You do not have to come to Turkey to taste them because there are bunches of recipes here.

Lastly, thanks to the coastal location, fish and seafood are cheap to buy, easy to cook and due to their freshness, taste amazing. Known as Aegean / Mediterranean cuisine, you can catch the fish yourself and cook it on the summer BBQ. Alternatively, head down to the local harbour and buy fish direct from the anglers there.

Regional cuisine of the north-east is at times mind-blogging and absurd. Again, the small fish of hamsi (anchovies) is widely consumed but locals put it in everything, including rice and desserts! Experts estimate 50% of fish caught in Turkish waters is hamsi, especially in late autumn, when an abundance of the small fish follow the currents along the north coastline.

The country’s obsession with fish, can easily become repetitive, in which case the next widely available ingredient in the black sea area is cabbage (lahana). Two popular dishes with this ingredient are soup and sarma (cabbage leaves wrapped around a filling of spiced rice).

Despite my original hesitation, I developed a fondness for black cabbage soup, but the most moreish dish is muhlama. Best compared to a cheese fondue, ingredients are corn, butter, water and an obscene amount of cheese. Forget the knives and forks to eat it. Simply grab a loaf of fresh bread and get stuck in!

The province of Rize is famous throughout Turkey for the mass production of tea so head to the Caykur centre, a government owned tea factory, which also gives a fantastic landscape view over the city and the green tea plantations. 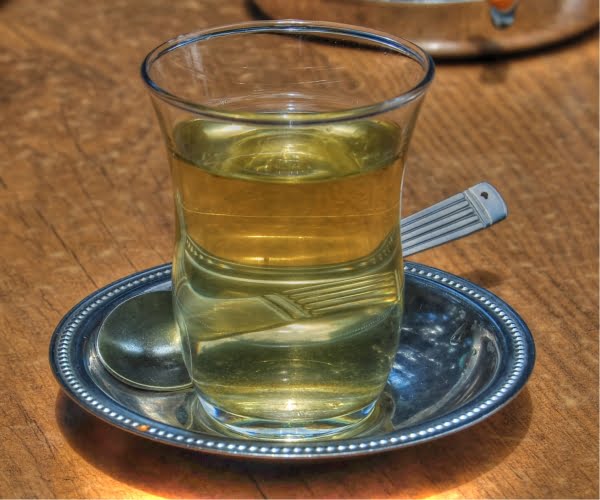 Further east is the region of Macahel, on the border with Georgia. Here I met a traditional bee-keeper using old-fashioned methods to produce quality honey. Every morning for breakfast, a honeycomb was served and thanks to the strength of the queen bee, honey from Macahel is considered a luxury item within the country.

Nearby in the surrounding areas of Kars, honey is still produced using traditional methods, but the city is also famous for cheese. I have never been fond of Turkish cheese, and this tasting was no exception for me, but it is shipped all over Turkey with the stamp of approval for excellence, so if you can not make it to the east, just look in your nearest supermarket.

From the west to the south-east, I saw a dramatic shift in taste, to include Middle-Eastern influences. Meat is the favoured dish, although thanks to increased prices in recent years, eating out is expensive.

Turkish kebabs on the grill

I particularly favoured the region of Gaziantep for its culinary pride. The finest pistachios in the country come from this region and Turkish traders will not accept copycat versions. The nuts are also used in baklava, an extremely sweet pastry dish, of which I dare you to eat more than one serving.

Paca beyan soup (Çorba) is popular in the city centre, especially for breakfast. Copious amounts of meat are covered with broth, garlic and chilli peppers. The trend dates from the old days before the traditional Turkish breakfast (eggs, tomatoes, cheese etc.) became popular. Soup was widely served and even now, across the country, when nightclubs close at 5am, it is common to head to the soup kitchen.

With a determination to stay away from kebabs, I opted to try Dalek, a meat that I had never heard of before. Lost in translation, I did not know what it was, but the taste suited my palette and later, a search on Google revealed I had developed a fondness for lamb’s spleen. Do not knock it before you try it! You will be pleasantly surprised.

My last regional dish on the list was stuffed lambs ribs (Kaburga Dolmasi) in Mardin. I love eating lamb instead of beef and chicken, but the dry meat mixed with stodgy rice was disappointing. I am sure the concept of the dish was not at fault – I probably just picked a restaurant with a talentless cook!

The central Anatolia region refers to inland provinces of which Cappadocia, Konya, Kayseri and Beypazari are well known. Kayseri, a conservative city but main trading and business hub, is renowned for its manti (a small dumpling, filled with ground meat, boiled and steamed, then covered with yogurt, melted butter and chilli flakes). Instead, I insistently nibbled on the other regional speciality, called pastirma (cured and air-dried beef). Heavily laced with garlic, shops are dedicated to selling this one product because of its popularity.

Cappadocia, is home of the tasty, succulent and juicy Testi kebab. (Did you know there are more than twenty varieties of kebabs around the country?) This age-old Anatolian speciality is best compared to a casserole or stew. Meat and vegetables are slowly cooked in a sealed clay pot. The only way to access it after cooking, is to break the top with a knife!

A two-hour drive from Cappadocia will bring you to the scenic and beautiful region of Beypazari, where the humble carrot is treated with pride and respect. A huge carrot statue stands in the middle of the town, reflecting the importance of the vegetable and the mass export of it to all over the country. Locals sell carrot Turkish delight and huge amounts of carrot juice, making Beypazari the ideal destination for dieters!

Kuru is another speciality dish from Beypazari. The first bite will leave you wondering what the fuss is about, because it tastes roughly the same as any other breadstick. However, wait for the lingering taste to develop and your palate will fill with the gentle bite of cinnamon. Served in diamond shape pieces, one local baker revealed the secret to its taste is the baking conditions and time.

Restaurant recommendation for Beypazari:  Fatma Teyze – a clever woman who used her regional cooking skills to build a respected business.

No regional guide would be complete without mentioning bustling Istanbul, the former political centre of the Byzantine and Ottoman empires, an important stop on the old Silk Road and these days, an international beacon for business and tourism.  So obviously, it has absorbed many food trends from other countries and regions, but my first suggestion is to try street food.

The floating fish boats sitting by Galata Bridge should be your first stop, especially if you are traveling on a budget. Purchase a fish and salad sandwich with a glass of traditional Ayran (yogurt, water, and salt), for roughly 5 lira.  Other items sold by street vendors include corn on the cob and roasted hazelnuts in winter.

Although Turkish delight is sold countrywide as a popular souvenir, unique and authentic lokum can be purchased from the family shop of Ali Muhiddin Haci Bekir – the man who invented the sweet in the late 1700s for an Ottoman sultan, who was fed up of hard candy! (http://www.hacibekir.com.tr/eng/asayfa.html)

Lastly, a suggestion that I write about with hesitation, but it must be mentioned; the Taksim wet burger. Burger buns are doused in oil, sauce, and then steamed, which turns the bread into a soggy mess. The meat is added last, with a healthy dose of garlic. While other travellers have raved about this invention, the thought of soggy bread makes me want to throw up so I confess – I threw my Taksim wet burger in the bin! Have you tried one? http://istanbuleats.com/2010/01/wet-burgers-as-seen-on-tv/

Question: Can you suggest more regional foods to add to the list?