In 2012, I started to regret my decision to focus on one country for my travel writing. The buzz of learning about new aspects of Turkey had started to wear off. New experiences were harder to find because after ten years as an expat in Turkey, I was used to daily life. I had based myself on the west coast and apart from the landscapes; it was guaranteed that each area was more or less the same. The only thing to do was to start exploring Southeastern Turkey.

This time, I focused on three cities in particular; Gaziantep, Urfa and Mardin. None of them disappointed and all of them surprised me. I found in these destinations a mixture of three cultures ; Turkish, Arabic and Kurdish. I took over 1000 pictures of the food, people and places. I narrowed them down to 19 which I think portray my experiences of something new and different. I hope you like the photos too.

Ayn-I-Zeliha Lake in Urfa. Surrounded by tea gardens, it is a calm and peaceful place in a busy city

A mosque in Gaziantep

The pool of Abraham, known in Turkish as Balikli Gol. Filled with carp fishes that are said to be sacred because of the pools connection to Abraham

Cotton picking time in the Southeast

A local shoe sewer in Gaziantep

A teashop in Gaziantep

A view of Urfa

A cave cafe in Gaziantep 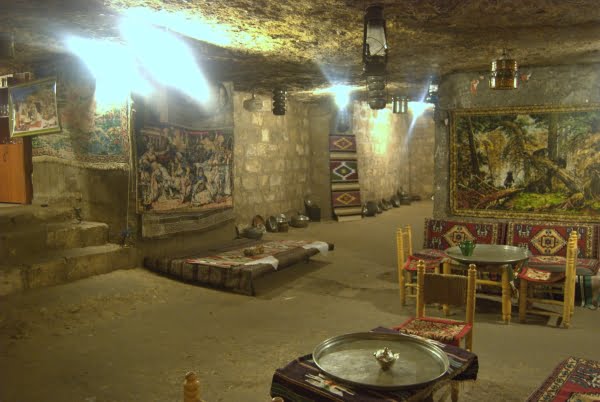 A tobacco seller in Gazinatep