This week had led to a flurry of activity in markets all over Turkey. Cattle farmers are busy as communities gear themselves up for a four day festival that will start on Sunday called Kurban Bayram. The cattle farmers will experience their busiest week of the year as all over the country, goats, sheep and cows are sold in order to be sacrificed according to Islamic rules and traditions.

(Update: For 2014, I will not be taking part in Kurban Bayram, lasting from October the 4th to October 7th)

On Sunday, I will dress in my oldest and drab clothes (bear with me- there is a reason why I am wearing old clothes), then head to friends and family to join in with this age-old religious tradition. My role in the celebration is simple.

I will stand and listen while a verse from the Quran is read. The throat of the sheep will then be slit and the blood drained into a hole in the ground. Once this has been done, I will join in with the other women to clean and cut the animal up, hence why I am not dressed in my best gear.

A certain amount of the meat will be allocated to the poor. Neighbors who have not had the opportunity to purchase an animal will be given some and the rest will be divided between the families. I have gone past the stage when my stomach turns while this ritual is being performed. I suppose if you experience something often enough, you get used to it.

Meaning of  Kurban Bayram : Feast of the Sacrifice

The traditional animal to use is a goat  or sheep however families that have joined together may find themselves with enough money to upgrade to a meatier and plump cow. Sunday will be spent performing this ritual while the following days are spent visiting friends and family as well as attending the mosque.

Kurban Bayram in Turkey is known as the Sacrifice holiday and is a major event in the Islamic calendar.  The significance relates to the occasion in the Quran when Abraham was ready to sacrifice his own son on the command of God. God interrupted the act and Abraham used a sheep instead however the celebration occurs to show the dedication of Abraham and his acknowledgement that God is everything.

Of course, there are those who argue that this practice is outdated and on the verge of animal cruelty. I have mulled this argument over in my mind many times.

However I cannot buy into the aspect that it is animal cruelty because for me, it is all or nothing. I eat chicken, beef and lamb which I buy from my local supermarket. I am fully aware that I do not know the source of those animals, the conditions that they were kept in and how they died.

I feel it would be quite hypocritical of me to shout about animal cruelty on this day and then continue to buy meat from unknown sources. I would have to give up meat all together and become a vegetarian of which I am not prepared to do. 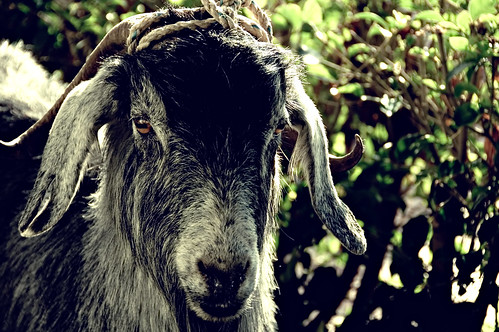 If you find yourself in Turkey during Kurban Bayram, the chances are that you will not actually see the sacrifice of animals unless you head off to the rural areas. The only way it will affect you, is that travel on public transport will be hectic and most business will be closed. In the tourist areas,  bars and restaurants will probably stay open.

Muslims who are unable to attend the celebrations may instead give money to the poor while non-practising Muslims will spend the day as normal. There is the suggestion made by some that in many years to come this celebration will become outdated and not practised any-more. I do not believe this however in your eyes, if it did stop would that be a good thing or a bad thing?

If you are in Turkey, how are you affected by Kurban Bayram?