The house of the Virgin Mary near Selcuk is close to Ephesus ancient city ruins in Turkey’s Izmir province. Yet despite immense popularity, many people do not take a detour to visit the suspected mountain house where Mother Mary lived and died. Although the Catholic Church never confirmed the Virgin Mary’s house to be the place of her assumption, three popes have visited. The Catholic Church takes responsibility for running the house through donations and funding.

The Virgin Mary’s house is a pilgrimage place for Christians, but the Muslim Quran talks about the Virgin Mary (Meryem Ana Evi), which prompts Muslims to visit. Whether this, the holy place of the Virgin Mary is about belief and any hard-core atheist would scoff, some Christians have remarked to me that they felt an intense divine presence that will last a lifetime. 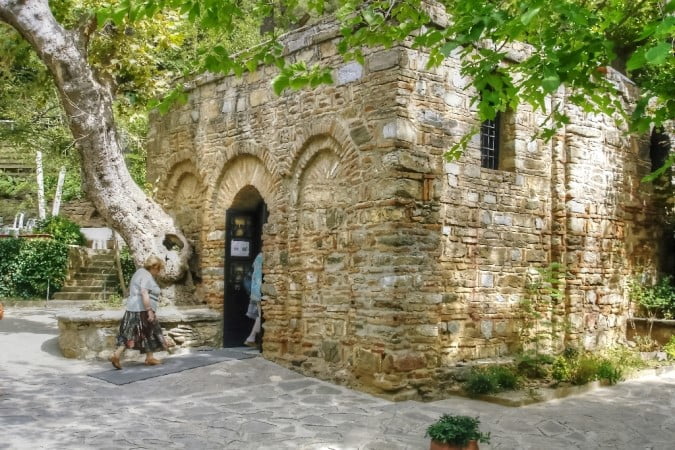 History of the Virgin Mary’s House near Ephesus

Christian Historians and religious experts agree that Saint John, Saint Paul, and the Virgin Mary lived in the ancient city of Ephesus that these days is one of Turkey’s top attractions. However, the discovery of the Virgin Mary’s house was from an unexpected source. In the early 19th century, a Christian nun named Anne Catherine Emmerich took to her bed, where she dreamed intensely. Some sources accused her of religious ecstasy, while others said she had contracted a fever. Her dreams and visions included stories of Jesus Christ and the Virgin Mary. 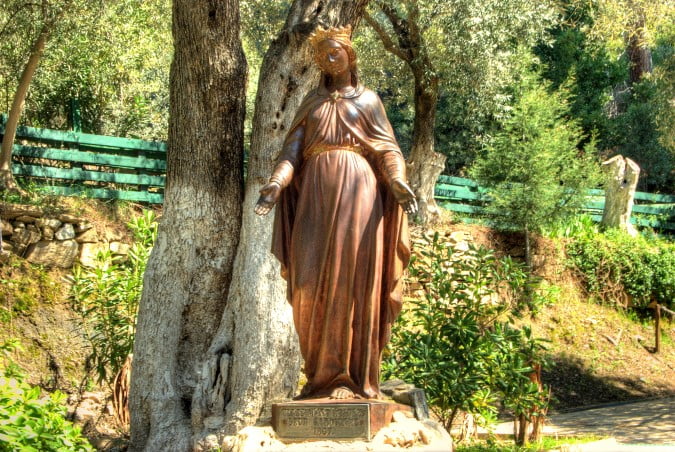 Noted and published in a book, fifty-seven years after her death, a priest followed descriptions to locate the Mother Virgin Mary’s last resting place. Anne, the nun, and the priest, never went to Ephesus and, excavation work had not started. Was this coincidence or the divine truth? The priest believed he had found the Virgin Mary’s house, yet it took many years to convince others worldwide. These days as well as being a shrine, the house functions as a chapel and place of worship.

On each visit, I drove up winding mountain roads. The first time, the narrow road was hair-raising if a coach whizzed around the corner from opposite directions. Thankfully, road conditions improved in later years, and after paying an entrance fee, visitors arrive at the Virgin Mary’s site and car park. Walking past souvenir shops and café, the first landmark is a baptism pool and a seating area for monthly religious services by the Catholic church and the house. The humble appearance of plain stone bricks and small size makes the house seem insignificant. 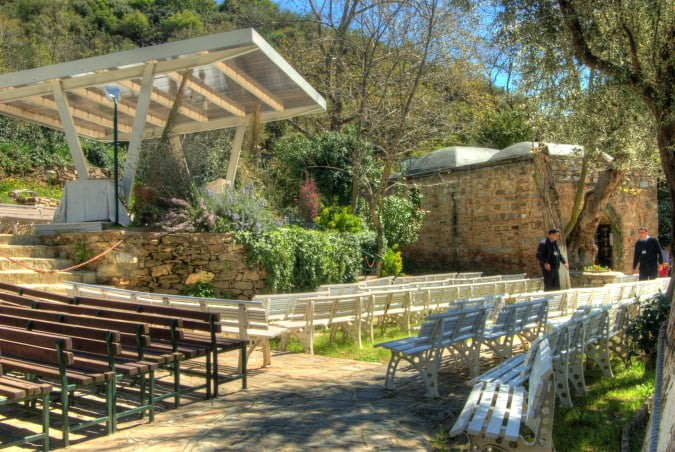 While the bottom half of the Virgin Mary’s house is original, the Catholic church top restored the top with an effort to maintain as much of the original appearance as possible. Walking through a metal door, visitors pick a candle before proceeding to the main area where a statue of the mother Virgin Mary stands. As a place of worship, do be silent and dress conservatively. While a religious person spends much time in the chapel, my agnostic beliefs mean I walk through quickly and pass through green and well-kept gardens to reach three taps of holy water. 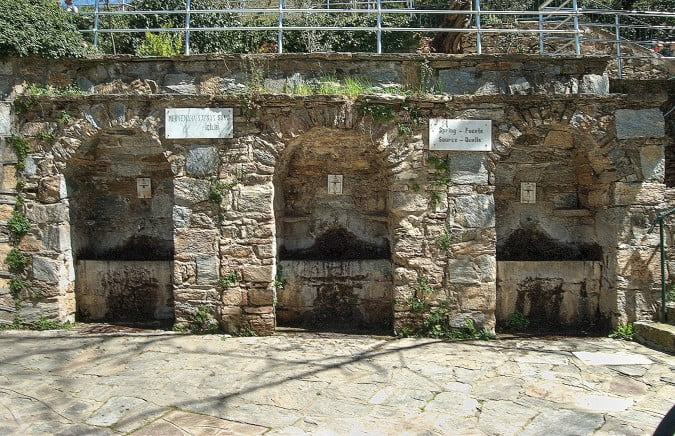 Take a sip from any metal tap and make a wish. Local urban legends say each tap resembles an aspect of life. One reflects wealth, another signifies health, and the last one is fertility. They are not labelled, but whichever one you drink from will happen to you. Lastly, at the end of the tour, reach the wishing wall, a famous Turkish concept that also appears on trees. While tying a personal possession such as a napkin, handkerchief, or piece of paper, don’t forget to make a wish. 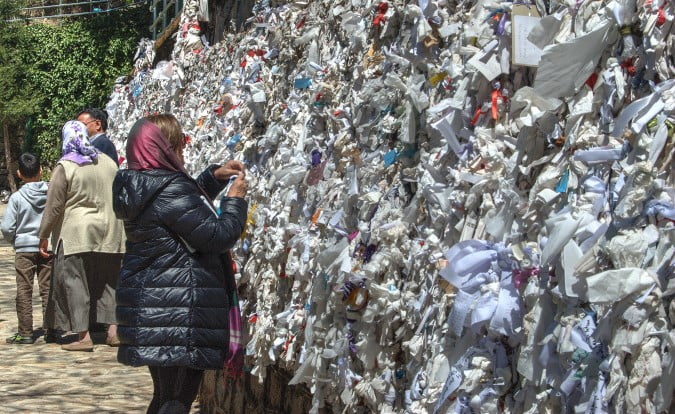 Religious people come away feeling lucky and blessed in life. I do not believe in either, but the Virgin Mary’s house is a quiet serene place and lends weight to the story that Mary lived part of her life in the ancient city of Ephesus, with Saint Paul and John. I am not religious but have visited on three occasions and enjoyed myself, even just for the peace. If you visit Ephesus, do take a two-hour detour, and see the house.

Ephesus Ancient Ruins: The house of the Virgin Mary sits near the Roman Ephesus ruins, which should be on everyone’s bucket list when they come to Kusadasi, Turkey. They are a great attraction and impress everyone who passes through her. 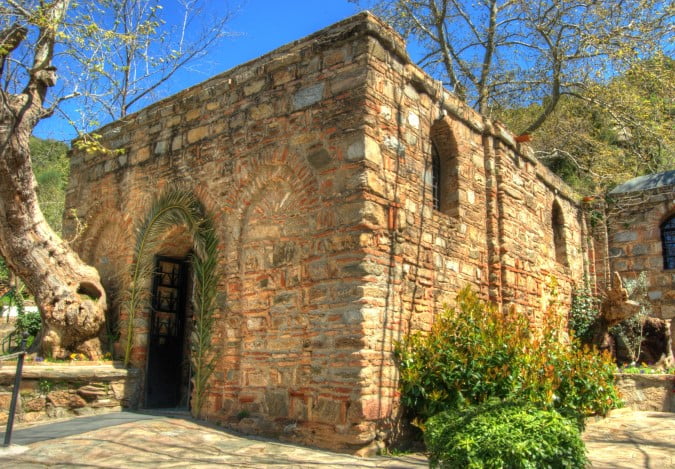