Today’s post is by Ash Clark, a writer from Australia, who traveled to Turkey to take part in the Gallipoli and Anzac Cove remembrance day, a poignant reminder of the innocent casualties of war.

Brighton Beach, found on the coast of the Turkish Dardanelles, is a humble beach with no stand out land features within its immediate surroundings. Put simply, it is ‘flat’ from the water of the ocean to the terrain that leads further inland.

From a military perspective, Brighton beach would be the textbook place to perform a strategic amphibious landing, perfect for moving land forces from their transport ships into hostile territory of an enemy force.

The flat terrain would allow for troops to quickly disembark from their landing vessels without the worry of disruptive fire from enemy positions on surrounding higher ground, establishing a strong foothold to stage the rest of their invasion of the territory.

The History of Gallipoli

On the dawn of April 25, 1915, such was the destiny for Brighton Beach, as a force of allied soldiers from the United Kingdom, France, India, Canada, Australian and New Zealand were to storm Brighton with the ultimate goal of capturing the Gallipoli Peninsular and the Ottoman Capitol of Constantinople, resulting in the removal of Germany’s main Ally to the East, opening the Black Sea to Allied Navies.

Brighton Beach, where the soldiers should have landed

However this was not to be the case. A combination of poor command and communication led to troops landing on the wrong beach North of Brighton. 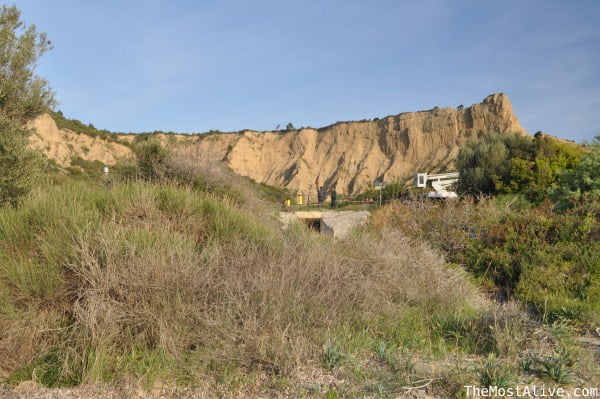 Harsh terrain and a resilient enemy in the form of the Ottoman Army resulted in a bloody conflict of stalemate, ending only when the Allied forces made a stealthy evacuation eight months later.

A memorial plaque at Anzac cove

The grave of an Australian solider aged just 17

The area of the failed campaign is today known as ANZAC Cove, named after the combined force of the Australian and New Zealand Army Corps which had their baptism of fire at Gallipoli, their first major military conflict as newly independent British Colonies.

The failed campaign at Gallipoli is sometimes referred to in Australia and New Zealand as “Our glorious defeat”, as even though it was considered a loss, the tremendous actions of the ANZAC troops continuously throughout the campaign against overwhelming circumstances, created an extremely powerful and lasting legacy, which many Australian’s and New Zealanders consider to be a defining part of their national identity.

Memorial at Anzac cove for the New Zealand soldiers

The 25th of April is a public holiday in both Australia and New Zealand known as ANZAC Day. The day is highlighted with dawn service memorial ceremonies held all over the two countries where the actions of service personal in all military contributions are recognized, much the same as Armistice Day in Europe and Veterans Day in the USA. 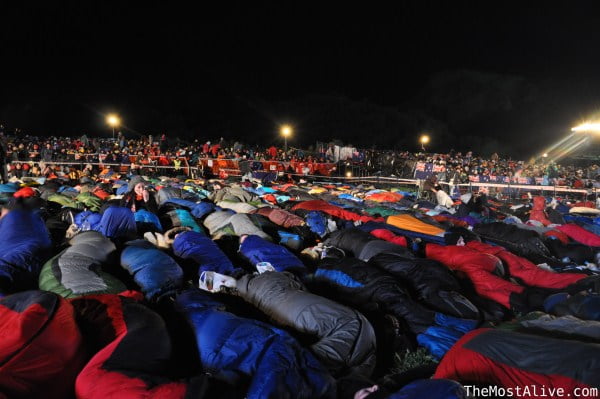 Camping out, waiting for the dawn services to start

It is without need of reason that attending the battlefields of Gallipoli in Turkey are hugely popular amongst Australian and New Zealand tourists, especially for the annual Dawn Service and following ceremonies that are held there, often drawing crowds in excess of 20, 000 people. 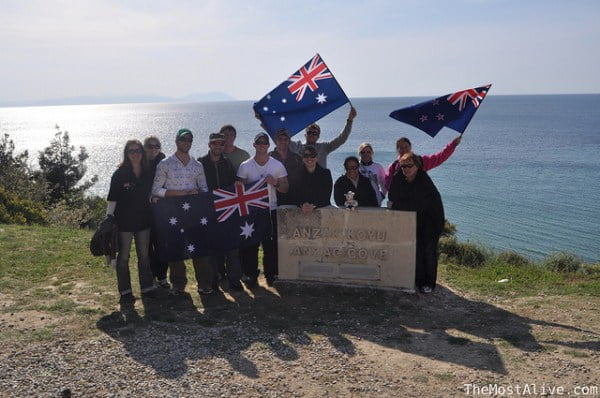 The battle sites, memorials and cemeteries are well maintained by the Commonwealth War Graves Commission and the Turkish Government. There are many tours operated in Turkey, which supply informative guides giving detailed accounts and information from both sides of the conflict and point out the significance of each site within the area.

Coming across sites like the Turkish 57th Regiment memorial (a unit who received 100% casualties) or within a short time of reading the age and inscriptions on the thousands of headstones, the reality of the sacrifices made here become apparent – especially when considering that a large portion of the graves belong to teenagers…

The Turkish 57th Regiment Memorial. Many of the fallen were teenagers

The beauty of what the ANZAC site at Gallipoli has become is not that it exists to glorify war, but rather to acknowledge the inspiring characteristics that shined brightest here during those dark times of war.

One of these significant legacies is the mutual respect between the Turks and their Aussie and Kiwi guests who they continually welcome with open arms – once enemies, now nothing short of brothers, a motion that was summed up beautifully by Kemal Ataturk in a speech to the first visitors to Gallipoli from Australia and New Zealand in 1934:

“Heroes who shed their blood and lost their lives!

You are now lying in the soil of a friendly country. Therefore rest in peace.

There is no difference between the Johnnies and Mehmets to us where they lie side by side here in this country of ours.

You, the mothers, who sent their sons from far away countries, wipe away your tears; your sons are now lying in our bosom and are in peace.

After having lost their lives on this land they have become our sons as well.”

Gallipoli is an extremely moving place. It’s most important legacy is that it emphasises the strength of unity that is now shared between former enemies.

May we continue to look to it as an inspiration to follow that principle with other countries and cultures – without having to waste our finest on the war part.

A lone solider remembering the fallen

Readers questions : Did you already know about Anzac day? Have you been to the battlefields of Gallipoli?