Whirling dervishes fascinate me. Belonging to the order of Sufism, they dedicate themselves to a life of poverty and spinning around, the latter of which I do not understand. Other people take hard-core drugs to achieve the same euphoric state of mind that the whirling dervishes achieve by going around and around in circles.

They detach themselves from the here and now, to reach a state of religious ecstasy that I think can be achieved in easier ways. To be honest, the whirling dervish shows do not interest me. How many times can you watch someone go round and round before you get bored? It is the history of the whirling dervishes and Sufism that intrigues me more.

Whirling dervishes belong to the order of Sufism, one of the many branches of Islam. So when in Istanbul, I was eager visit the  Galata Mevlevi Whirling Dervish House and Museum, which was a fully functioning house dating from 1491.

My two friends decided they would have more fun getting drunk in a bar, so they left me to pay the five-lira entrance fee and walk around on my own while ignoring the sullen and bored attitude of the staff.

Whirling dervishes dedicated themselves to a life of poverty, so do not expect to see rich antiques, the likes of what is in the Dolmabahce palace. This is not about the royalty of the Ottoman Empire. 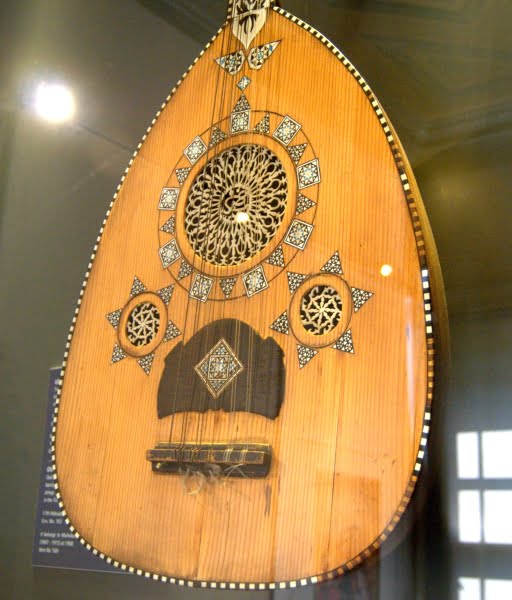 The museum is about ordinary Turkish people who chose to follow a life of Sufism and dedication to the poet Rumi. It displays their clothes, books, art, and musical instruments.

If you also want  to watch someone spin around and around, this is the place to pre-book your tickets for the whirling dervish shows.

Did a visit to the museum satisfy my curiosity?

No, far from it. Mentions were made of prominent sheikhs throughout the years but did not introduce who they were and what they achieved in Sufism. Very little explanation was given as to the tombs I was looking at and why they were significant in Sufism. Also this is not the original house as that was destroyed in an earthquake and later on, a fire wrecked havoc again. When I left, I had more questions than when I entered.

Overall, I found the museum lacking in enthusiasm but anyone who has not encountered Sufism before, may find it interesting. Instead, I hope that this year, I will be able to make it to Konya on December the 17th. It is an annual event remembering the death of Rumi but more specifically, it is the original city of the whirling dervishes. Perhaps then, I will be able to satisfy this curiosity once and for all.

Readers question : Have you seen a whirling dervish show?

Official site of this museum