Dolmabahce Palace in Istanbul, sitting on the Bosphorus European side, is an intriguing and impressive landmark. Home to the last six sultans of the abolished Ottoman Empire, in the late 19th and early 20th century, the palace museum portrays everything right and wrong about their rule and reign for over 600 years. While it is easy to admire the architecture and historical tales of their conquered lands, I had to wonder if any ruler, person, or family, regardless of whether they were a sultan, deserved to live in such luxurious and wealthy surroundings.

About the Dolmabahce Palace in Istanbul

Construction of Dolmabahce Palace took place between 1843 and 1856 when life for the average person in Istanbul was not easy or comforting. How did people of Istanbul feel when the Dolmabahce palace was finally completed with 285 rooms, 44 halls, 68 toilets and 6 Turkish baths?

Did they know 14 tons of gold decorated ceilings in gold leaves? Did they wonder how much money the pure crystals for the main staircase of the palace cost? Did they feel resentment when 131 handmade silk carpets were made in the nearby town of Hereke? There was nothing traditional about the palace.

Queen Victoria of England also decided to show off her wealth by sending a crystal chandelier as a present. This chandelier is the largest in the world, consists of 750 bulbs, and weighs a massive 4 tons. In addition, the Tsar of Russia sent bearskin carpets, and other world leaders sent expensive presents to complete the palace’s overall wealthy look.

After touring the Dolmabahce palace museum and seeing the extraordinary and extravagant luxury the last sultans lived in, I felt no sadness that their empire was carved up and abolished in 1923, while the last sultan was exiled from Istanbul and Turkey to hang his head in shame.

Mothers, wives, and concubines were all housed in the harem section at the back of the Dolmabahce Palace. Listen to official tour guides, and you will believe life in the palace harem was dignified and filled with happy days of sewing circles and platting each other’s hair. However, books about life in the Dolmabahce palace and Istanbul tell a different story of slaves, jealousy and an extreme amount of bed hoping. (Purchase a separate entrance ticket for this section.) 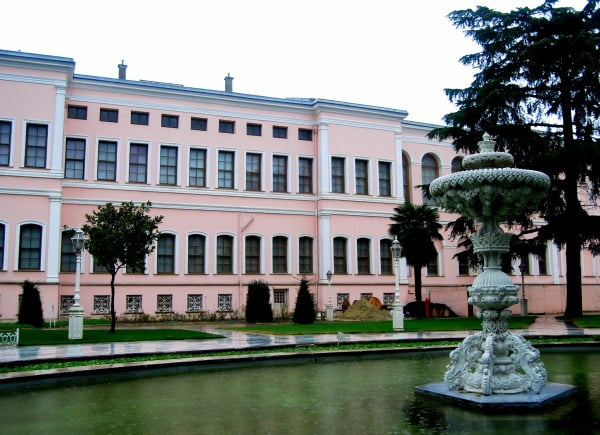 The Palace Selamlik for the Men

The selamlik, located at the front of Dolmabahce Palace is the men’s quarters and place for official business in Istanbul. More impressive than the harem section, this is where wealth and luxury are displayed. Walls display ancient paintings and halls, filled to the brim with hand-carved, antique furniture defy belief. But, unfortunately, viewing this section of the palace enforces that the last days of the Sultans were filled with greed and a need to display self-importance to visiting leaders from other countries.

When the empire fell, the new Turkish government used the Dolmabahce Palace. The late Mustafa Kemal Ataturk was the founder of the new Turkish government and, indeed, the Republic of Turkey. Kemal died in a bedroom of the palace in 1938; hence the clock stuck at the time of his passing. The most striking aspect of the bedroom he died in is its simplicity. He could have chosen the more grand and lavish bedrooms, but he chose one that is so basic compared to the rest. Was he also disgusted at the extraordinary palace luxuries the Ottoman rulers lavished upon themselves?

Photos Are Not Permitted

Visitors cannot take photos inside this Istanbul palace, which is a great shame, as those areas are the most impressive. Dolmabahce Palace, in my opinion, is also necessary to see if you are in Istanbul. For this reason, I have sourced photos from elsewhere and given credit where needed. Also, check this site for an impressive 3D tour of the harem’s rooms, halls, and bedrooms and selamlik. Dolmabahce Palace – 3D Virtual Tour

Visitors cannot tour inside areas of the palace on their own. You must wait to join one of the scheduled tours that operate separately for the harem and selamlik and include a guide. The tour guides are frankly terrible at their jobs and should be sacked. To appreciate the palace, I suggest a bit of background reading before you go, on its history and the last days of the Ottoman Empire. Entrance tickets are not cheap but worth the price. Opening hours for the Dolmabahce Palace are 8am to 4pm every day except Monday and Thursdays.

Other Attractions in Istanbul

From the Bosphorus, museums, mosques, gardens and parks and famous buildings, it would take years to explore the best of what Istanbul offers fully. From the palace, take a short bus ride away, and after exploring Galata tower, you will reach the Taksim area of Beyoglu, home to Istiklal Avenue, a treasure trove of sights. Additionally, the Sultanahmet district is a must-see. Home to famous buildings like the Blue Mosque, Hagia Sophia and the Topkapi Palace, like Dolmabahce Palace, it portrays the last days of the Ottoman sultans. If you plan to see many attractions, also check out the Istanbul e-ticket for savings, guided tours, and skipping queues. 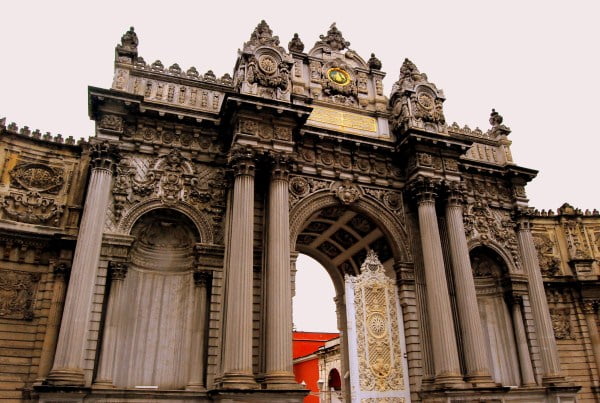