Altinkum boat trips are the perfect way to change the mundane routine that has become my life. Routines are boring, pathetic and have no business trying to force their way into my day-to-day existence. However, unfortunately in the past months, an urge to save money for traveling had me chained to my computer in a boring repetitive action that has more or less destroyed any enthusiasm I had.

So when friends mentioned they were going on a lazy day boat trip in Altinkum, I decided that I had to be having some of that.  It was the word “lazy” that appealed to me and since it had been a long time since I left dry land, I eagerly signed up with Altinkum Boat Trips on Facebook.

Every day until the day of boat trip came around, my friend called me eagerly to confirm that I was still going. Long-suffering hubby also had a rather surprised look on his face as well. Apparently everyone laughed at my sudden interest in boat trips and honestly thought that at the last minute I would feign a fake bout of illness or invent some huge disaster to get out of it. 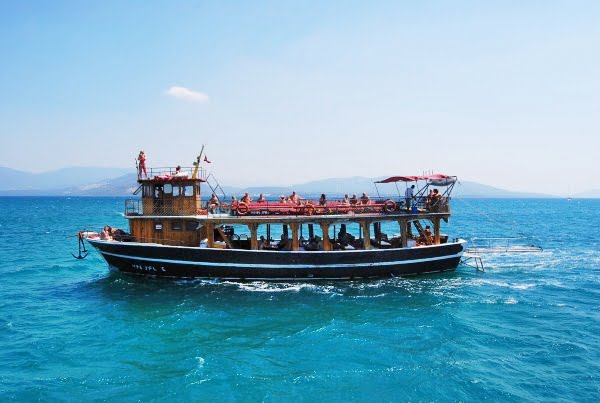 I was determined to go but there was a slight problem. I live a 5 minute walk from Altinkum beach and also live on a complex with two swimming pools but on the day of the boat trip, I woke up and discovered that I had no swimming costume, no shorts, no hat, no sunglasses and no sun cream. Much needed items for a boat trip

Seriously, this is a major lack of preparation right? But women know how to improvise in times of trouble and the solution was to raid hubby’s wardrobe so off I trotted to the harbor dressed in his boxer shorts and clothes. The boxer shorts were to be my swimming costume for the day, but my concern was that I don’t have any body parts to fill the flabby bit on the front of the boxer shorts. Fears of the flabby bit filling up with water and acting as a life buoyancy aid were prominent in my mind. 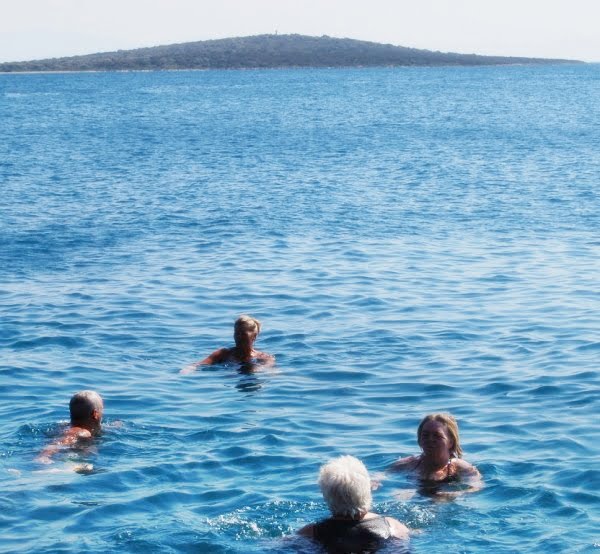 When I arrived at Altinkum harbor, I made it clear that I did not want a party boat with drinking games and people puking overboard. My partying days are over and I needed to relax so I was assigned to the Siesta boat.  A two deck boat, it  is aimed especially at those who want to chill out and enjoy a lazy day cruising the coastline of the Aegean.

The gangplank leading into the sea meant there were no attempts by me to belly flop off the top deck into the crystal blue waters beneath. Toilets were spotlessly clean, there was a fully stocked bar with Efes beer and the music was played at a level where you can still hear yourself think. The perfect set up for relaxation in my eyes. 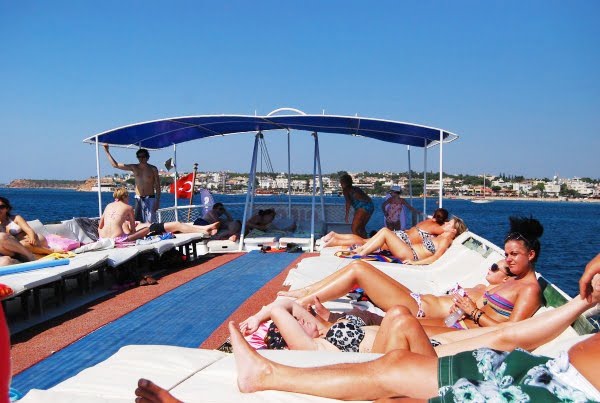 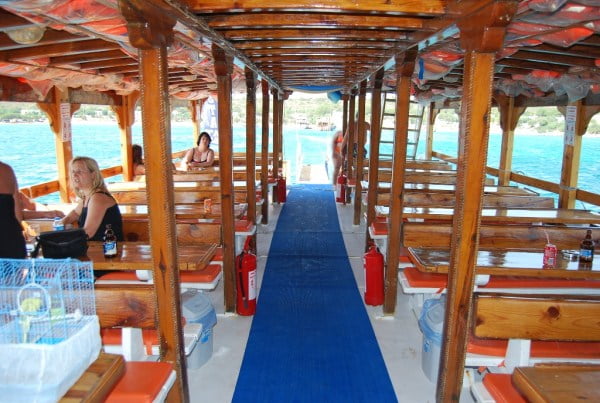 We dropped anchor in a number of bays where Debra went off snorkeling, a couple of the other girls decided to take a ride in the speed boat and some other adventurous souls jumped on the banana boat. Me? I was laid out on the top deck taking in the rays and enjoying my lazy day boat cruise. I did go swimming once, but due to my fears of the boxer shorts inflating with sea water, I kept my outer shorts on. 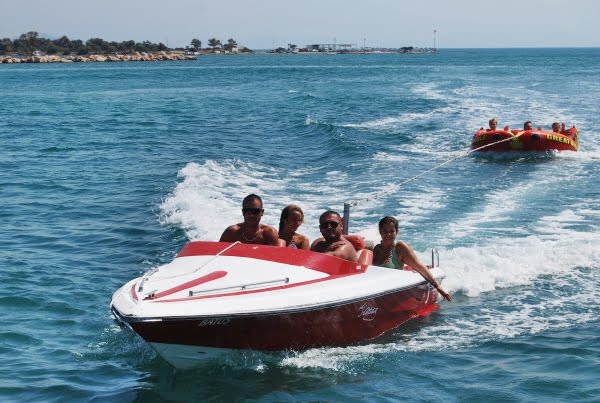 The lazy day boat trip was everything it was meant to be. I de-stressed and relaxed and managed to pick up sizzling – lobster red tan marks. Will I be going again? Hell, yes of course I will. For 20 Turkish lira, (8 Uk Pounds) I got a full day out and managed to relax and banish mundane routine from my days. 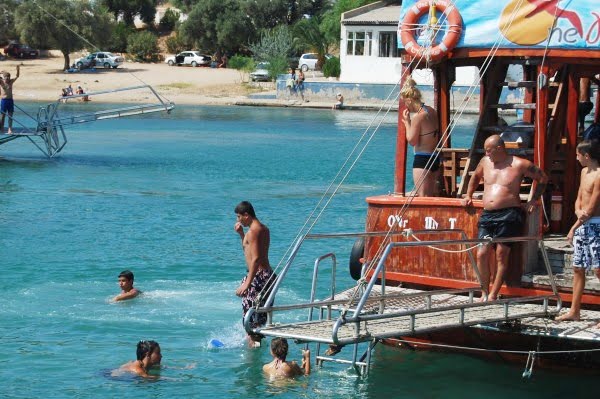 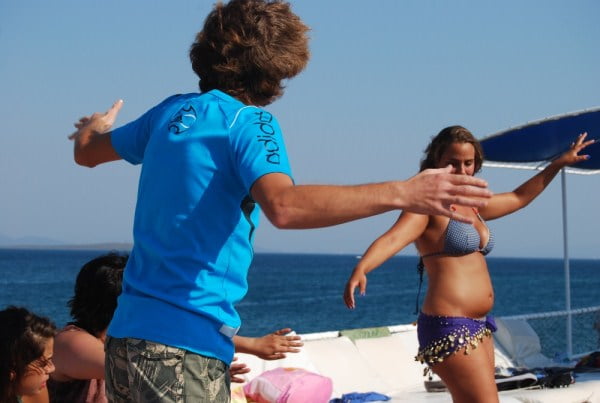